What is the best Samsung phone?

This month, Samsung introduced the Galaxy S22 range, its latest line of smartphones, consisting of three models: Galaxy S22, S22+ and S22 Ultra. If you’re looking for a new cell phone, you might be contemplating buying one of these three, but which one is for you? Or would it be a good idea to consider an older model? Maybe. To help you in your search, in this guide we’ll tell you which are the best Samsung phones available in 2022.

With its fantastic camera system and a more balanced price than the Galaxy S22 Ultra, it is the best Samsung cell phone you can buy.

Who it’s for: For users who want the latest in technology in a device that escapes the design of the Note series, which the Galaxy S22 Ultra rescues.

While the Galaxy S22+ has the exact same camera system as its smaller sibling, the Galaxy S22, we reckon that if you were to use both phones on a day-to-day basis, you’ll ultimately end up choosing the S22+. The reasons are the 45W fast charging and the larger screen size, 6.6 inches vs. 6.1 inches.

In short, if you are a user looking for the latest in technology, you have tried Samsung phones and you feel like a fish in water with the One UI customization layer, don’t hesitate any longer, the Galaxy S22+ is the phone you should choose.

It has everything good about the Galaxy S21 models and much of what you’ll find in the Galaxy S22, but at a much, much, much cheaper price. It’s perfect for anyone looking for a premium Samsung phone and not wanting to spend more than $699.

Although it took a little longer than usual, the Galaxy S21 range of phones was finally completed. This device has many features in common with the top models, but is priced much lower.

And while it has limitations, it is certainly a quite capable smartphone. For price reasons the camera of the Galaxy S21 FE 5G gives more modest results compared to its older siblings, but the results are more than acceptable and very worthy for a mid-high range cell phone. The cameras are a 12 MP main camera, a 12 MP ultra wide-angle camera and an 8 MP telephoto lens with 3x optical zoom. The front camera is 32 MP. All were able to solve quite well in almost all kinds of scenarios.

Certainly, the Galaxy S21 FE 5G’s features are dwarfed by the Galaxy S22, especially considering that the price difference between one and the other is a mere $100.

This could be one of the most powerful productivity phone, with a 6.8-inch Dynamic AMOLED dynamic display, 5G, and the most accurate S Pen to date for note-taking and annotation.
Galaxy S22 Ultra on Verizon

Who it’s for: anyone who needs to take notes with their phone and wants some out-of-the-ordinary special features and a foolproof camera.

The Samsung Galaxy S22 Ultra unveiled today is a hybrid that brings together the best of the Note range – including the S Pen – and the Galaxy S family. About its design, It is a device with straighter lines and in which highlights the presence of the stylus that is inserted at the bottom of the phone. This stylus has much more latency than in the previous Note and also offers to handwrite to text conversion in 88 languages.

Also, just because it’s a cell phone meant for productivity doesn’t mean it’s a device that would be at risk outside of an office. The Galaxy S22 Ultra has IP68-certified water and dust resistance, and its glass back is protected with Corning Gorilla Glass Victus+. 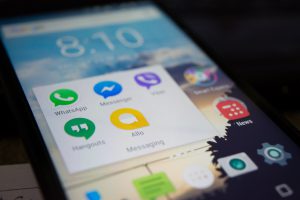 Which Android Phone is the Best?

A smartphone is like an extension of our mind and body, an indispensable tool without which we simply couldn’t navigate modern life. That’s why, if 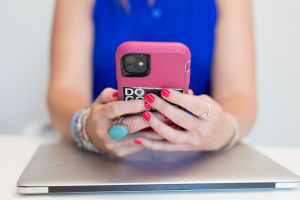 This article is not intended to be a guide to buying cell phones, with specific specifications and models, but a practical look at the future